To showcase their upcoming film and television slates for international and local distributors, NBC Universal partnered with Ant Farm for their May Screenings event. Housed at the studio in one of the sound stages, Ant Farm designed and provided content to create a truly unique exhibition experience. 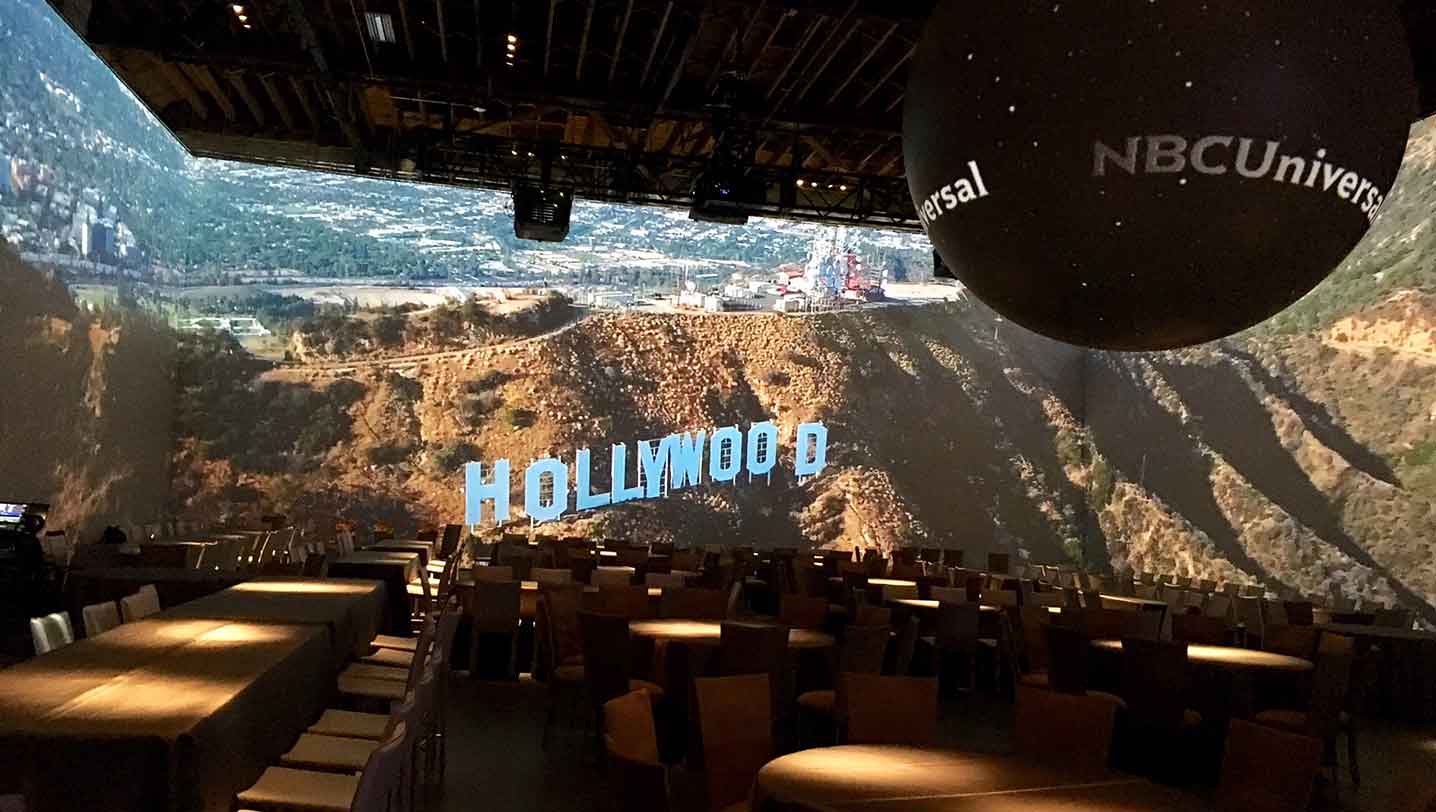 To create an unforgettable experience, three large-scale screens wrapped around the dining area, encompassing the vendors with seamless content projected at over 6k resolution. Over an hour’s worth of content was created for this event, comprising of a mix of original drone footage of Los Angeles shot by Ant Farm, custom graphics and custom edited sections featuring over 20 NBC Universal titles and properties, ranging from films like Neighbors 2 and Sing! to shows like Mr. Robot and Bates Motel. To augment the screens, content was additionally projected on an inflatable, 10-foot diameter ball called a “Puffersphere” which hung above the space.