Ant Farm partnered with Feld Entertainment on their massive live-action production, “Marvel Universe LIVE!” which debuted domestically on July 18th, 2014. The fully immersive and interactive show has successfully embarked upon an 85 city stadium tour in North America for the next two years, followed by three years overseas. 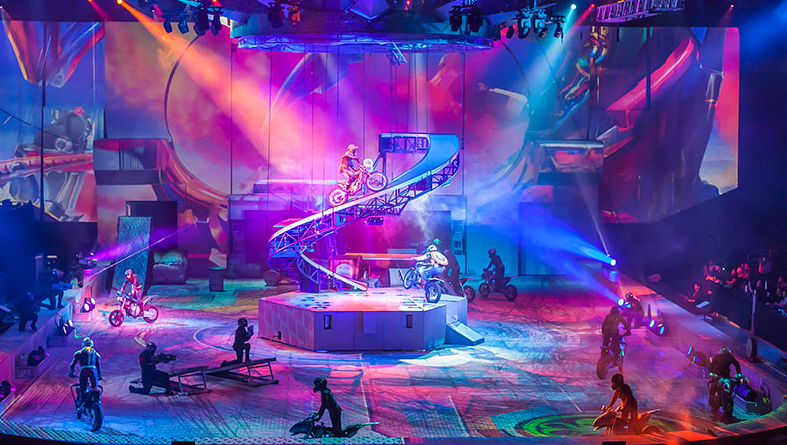 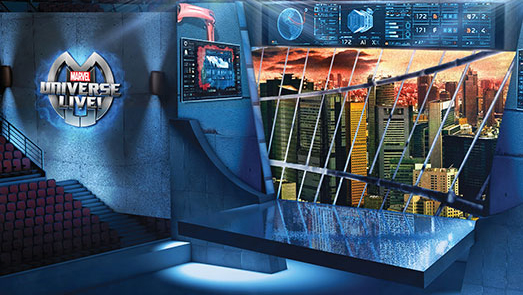 Our team was charged with creating over two hours of animated content for the live show, including motion graphics and visual effects. The produced content was fully integrated via projected video onto the walls, pillared columns, and the show floor beneath the actors. The media envelopes the audience into the production through the use of virtual environments that are synched to play in unison with the live actors' performances and stunts.

Scenes in which Ant Farm creatively spearheaded included the following: an elongated sequenced involving a QuinJet flying across New York City, the interior of Tony Stark’s workshop, an enormous landscape of the Himalayan Mountains, and an elaborate fight sequence on the Statue of Liberty.