For 2014’s Electronic Entertainment Expo, commonly referred to as E3, Ant Farm partnered with Activision to create an immersive, one-of-a-kind experience to showcase their upcoming blockbuster video game releases. The show focused on several existing franchises, including the global phenomenon known as "Call of Duty" and the massively popular "toys-to-life” franchise "Skylanders," as well as the highly anticipated launch of "Destiny," a brand new franchise made in partnership with Bungie. 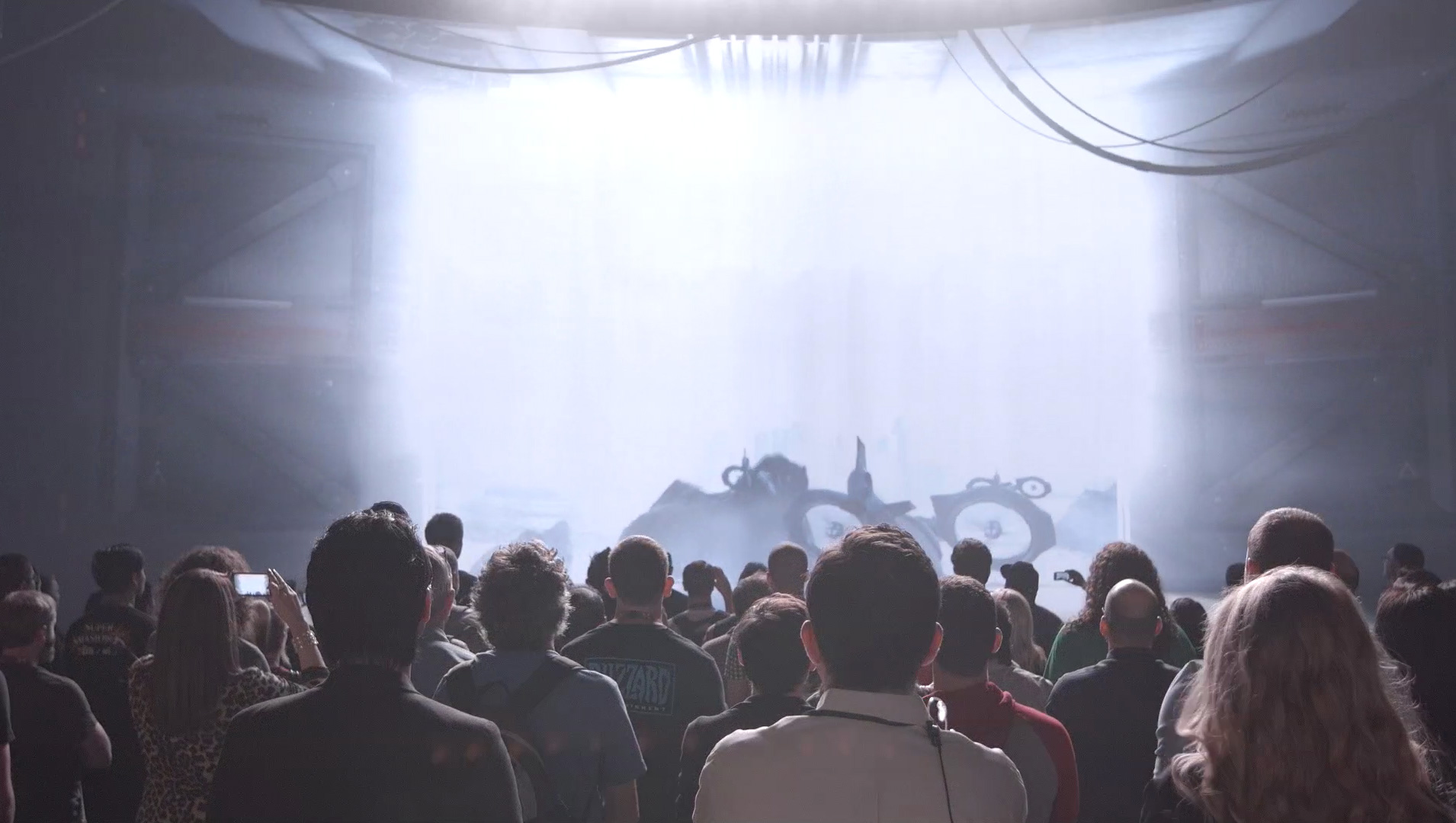 An evolution in large scale content presentation, Ant Farm created content for a 10k resolution screen that stretched 123 feet wide and 25 feet tall, or the size of multiple IMAX screens joined together. Adding to the immense visuals on the screen in front of them, audiences were immersed further with floor rumblers, fog, pyrotechnics and wind, creating a truly all encompassing experience. For each property, an Attract mode was created to draw in crowds off the E3 show floor and introduce them to the world of each game. Following the Attract mode, the experience continued with an exciting and breathtaking show mode, which provided truly unique and exhilarating perspectives of each property. For "Call of Duty: Advanced Warfare," a training simulator seamlessly transitioned to a stylized and thrilling journey through various locales in the game, reinforcing the sheer scope and cinematic nature of this highly popular franchise while also introducing attendees to the near-future setting, complete with game changing exo-suits and the game’s antagonist, Jonathan Irons, played by none other than Kevin Spacey. For the latest iteration of "Skylanders," titled "Trap Team," viewers were drawn in to the colorful world of Skylands and then introduced to a new cast of playable heroes, and, for the first time ever, villains. Finally, Ant Farm helped Activision debut their latest franchise to the masses—Destiny. Hailed as a game-changing property, attendees were treated to an experience explaining the vast new universe they will explore, and then were wowed by an exhilarating and action packed gameplay trailer highlighting the scope, depth and adventure found in this ground-breaking new game that went on to record-breaking success at launch.